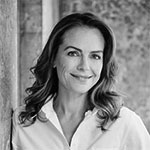 Samantha Lang is a filmmaker and visual artist who has worked in Australia, France and the US over the last 20 years. Her feature films ‘The Well’, ‘The Monkey’s Mask’ and ‘L’Idole’ screened at major international festivals such as Sundance, Toronto, Locarno, and have received international recognition at the highest level, The Well competing at the Cannes Film Festival for the Palme D’Or. In Australia, her films have been awarded many times including – at the Australian Film Institute Awards and the Sydney Film Festival. In 2019 – her feature documentary “It all started with a stale sandwich’ competed in the DAF awards at SFF.

Most recently she has made two VR films ‘Prehistoric VR’ and ‘Anthropocene VR’ in collaboration with Erth Visual and Physical and supported by Create NSW. These VR films form part of her creative practice doctorate (PHD). Her areas of research include the eco-feminine, the post-human, environmental histories, geopoetics, the Anthropocene, and non-traditional forms of screenwriting.
As well as being a creative practitioner, she has mentored, supervised and lectured emerging film directors in her capacity as Head of Directing at AFTRS (2010-2016), as well as at Create NSW and Screen Australia.

In 2017 Samantha was co-leader of HIVE lab at AIFF 2017 where she facilitated twelve arts practitioners to reimagine their creative projects as works for the screen.

In 2015 she was elected as President of the Australian Director’s Guild and in 2016 was on the taskforce at Screen Australia that rolled out the Gender Matters Initiative to redress gender and diversity imbalance in the sector. She is a creative production consultant for Screen Australia, Screen NSW, Screen Tasmania, has been on panels at Australian and International film festivals, including Jury Member at Edinburgh, South Korea, and filmmaker masterclasses at Stanford University.
Currently Samantha works as Head of Development /Executive Producer at I AM THAT/See-Saw Films where she oversees a slate of film and limited TV series. Samantha’s personal projects include a screen adaptations of ‘Kill The Messenger’ by indigenous playwright, Nakkiah Lui (Brilliant Stories initiative), and an eco-film called ‘Brown Lake’