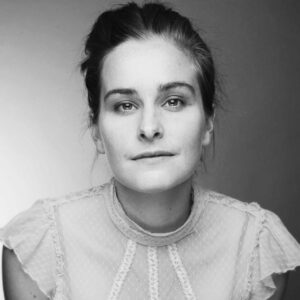 Georgia Woodward was appointed as a Development Producer at Southern Pictures through Screen Australia’s Enterprise People Program in 2021.

Georgia is an award-winning producer and content strategist. She has worked in production for factual, children’s, lifestyle, and reality programming for broadcasters such as Seven, ABC, and the Nine Network. She is the producer of the multi-award-winning short, Staying the Night (winner of the Audience Award for Best Short Film at Mardi Gras Film Festival 2019). She has also delivered multi-platform content and strategies for some of the top local and international brands including Qantas, Mattel, Salesforce, Seek, Oracle, and Amazon.

Georgia began working with data analytics in 2018, creating audience-first content strategies. Two years ago, she was approached by Charles Sturt University to deliver its content strategy across all its social media and communications platforms. In less than 12 months, Georgia’s content strategy drove the university’s ranking from #59 in audience reach and engagement to ranking #7 in Australia, consolidating its place in the top ten.