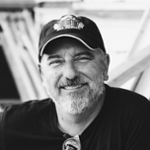 Julian Cress has worked as a television producer for 30 years starting in 1988 on Beyond 2000. His background is in investigative journalism and he was a senior producer at 60 Minutes for a decade before moving into reality television as co-creator of The Block in 2003. He has worked for all three commercial networks and been Executive Producer of 17 series of The Block winning 5 Logie awards along the way. Working alongside business partner David Barbour, he is a co-creator of several other successful formats both in Australia and the US. Julian is also the founder and managing editor of online content site themotorists.com.au, e-commerce site theblockshop.com.au, charity app shout and a founding investor in influencer marketing app tribe digital.