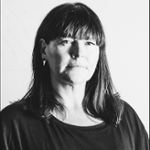 Rebecca is a producer and is co-owner of the award-winning screen production company Closer Productions. Her feature film credits include break out low budget feature 52 TUESDAYS, which won the directing award for World Cinema at Sundance and the Crystal Bear at Berlinale, and feature documentary SAM KLEMKE’S TIME MACHINE which premiered at Sundance and in Official Selection at HotDocs and Rotterdam. Her most recent feature, ANIMALS, is an official Irish/Australian co-production based on the acclaimed novel, which premiered at Sundance 2019.

For television, Rebecca has made numerous documentaries including Dendy Award-winning I WANT TO DANCE BETTER AT PARTIES and 3-part Arts series HANNAH GADSBY’S OZ. Her television drama credits include the 6-part online series F*!#ING ADELAIDE, which premiered at Series Mania and was the most watched ABC iView Original in 2018. She also produced THE HUNTING, a 4 x 1 hour drama series which premiered on SBS Television in August 2019 and was SBS’ most successful commissioned drama ever. Rebecca recently completed AFTERTASTE a new 6 x 30 comedy drama for the ABC which premiered on ABC TV in February 2021. Rebecca also sits on the Board of the South Australian Film Corporation.